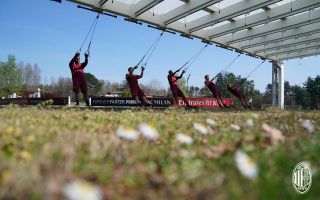 MN: Injury boost arrives for Pioli ahead of Sampdoria game but doubts persist over Leao

AC Milan boss Stefano Pioli will have at least one of his wingers back for Saturday’s game against Sampdoria, according to the latest updates.

MilanNews are reporting that excellent news has arrived from Milanello, where Ante Rebic has returned to training with the rest of the squad. The Croatian striker had his suspension reduced yesterday following the red card he received against Napoli, meaning he has already served his one-game ban as he set out the win over Fiorentina. He is therefore back for the next game against Sampdoria, scheduled for Saturday at 12:30pm.

Rafael Leao, on the other hand, carried out a personalised programme today so time is running out for the Portuguese forward to make it in time for the visit of the Genovese club. In addition, Daniele Longo confirms that centre-back Alessio Romagnoli also did personalised work meaning that his recovery continues and he will skip the game too.