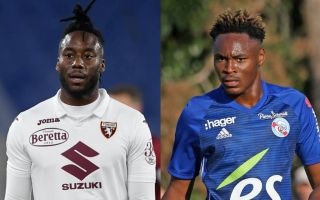 MN: Intense talks with Torino and a vital week ahead – the latest on Milan’s potential double deal

According to the latest from MilanNews, Milan are in negotiations to sign the 26-year-old midfielder on loan with the option to buy. There are other alternative target in that position but the talks for the Frenchman are ‘on the right tracks’. The deal is not closed yet, but there is a constant dialogue between the clubs and the entourage of the Granata player.

In addition, the report states that the next week will be vital in established the fate of Mohamed Simakan. The Milan management are expected to try to unlock the deal and beat the competition from Bundesliga side RB Leipzig, who won’t give up on signing the 20-year-old centre-back.