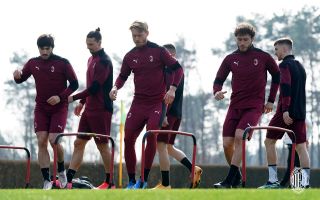 MN: International break provides no respite for Milan – over 15 players set to be called up

The general consensus is that getting to the international break is good as it allows players to rest up without any games to focus on at club level.

As MilanNews writes, “We await the international break to catch our breath” is a classic phrase used by coaches at the end of a long period of having a hectic schedule. However, for Milan over 15 players will leave for their respective national teams during the upcoming break, with commitments all over the world and with some long and tiring journeys.

Back at Milanello, Stefano Pioli will remain with a very small group of players and will only be able to work with the full squad when the players return, i.e. in the last four days before the next league game against Sampdoria. It is a problem that arises every year, and it is lucky if the players all return intact and without injury because that often isn’t the case.

Milan have already battled injuries for the entire season and now the commitments with the national teams arrive as well. Only a few will be able to enjoy an actual “rest” during the break. Then there are cases like Zlatan Ibrahimovic, for whom returning to the national team at the age of 39 is certainly a good story, but it is still risky for a player who has had to face several muscular problems in recent months.