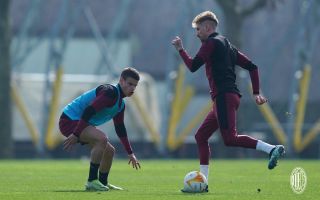 Kerkez is the latest child of Milan’s work in the scouting sector. Chief scout Geoffrey Moncada – a man who rarely shows himself to the public – continues to work on a long list of names, moving concretely for the ones he feels are right.

The 17-year-old Hungarian left-back joined from ETO FC Gyor on deadline day and will initially be part of Federico Giunti’s Primavera, though the player’s agent has been told that he will be considered for the first team and as a back-up to Theo Hernandez in time.

It seems as though Kerkez could even get his wish sooner rather than later, as MilanNews reports that he trained with the senior team ahead of Thursday night’s Europa League match against Red Star. After impressing in the Primavera’s recent game against Inter, the potential of him being fast-tracked cannot be ruled out.