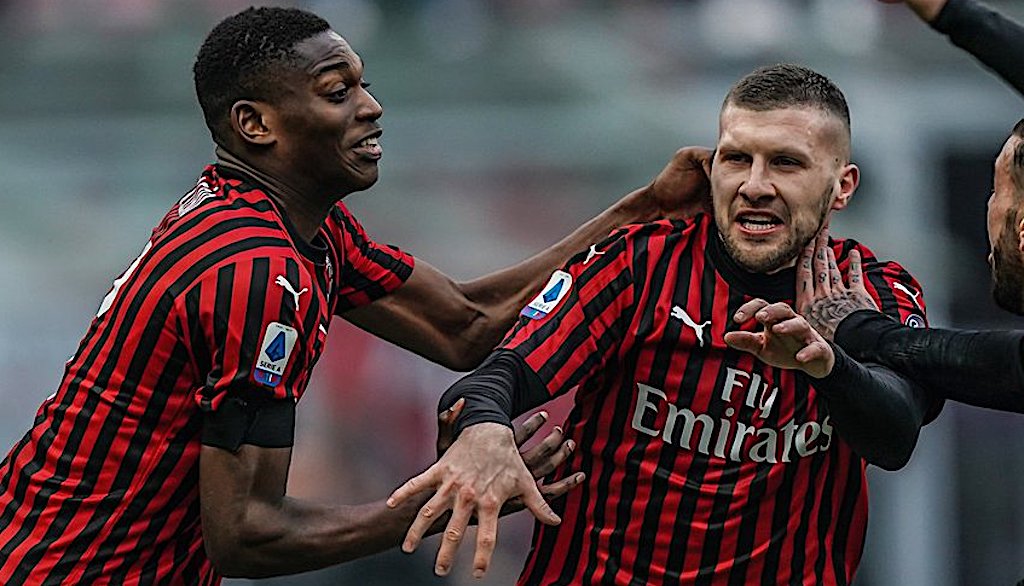 MN: Leao, Rebic and the fight to be Ibra’s deputy – the pros and cons of each player

AC Milan head coach Stefano Pioli has a tactical dilemma on his hands ahead of the 2020-21 season: who will be Zlatan Ibrahimovic’s deputy?

Assuming there are no new signings, the two players who will be fighting for that role are Ante Rebic and Rafael Leao. Although the duo do not have the physical or technical characteristics of Ibrahimovic, if necessary both can step into that role, but who is more suited?

As MilanNews writes, Rebic showed his ice cold nature in the second half of the season, netting 11 goals in Serie A in 2020 alone to become the team’s top scorer for the season, and he also did a good job stepping in for Ibrahimovic up front when he was injured.

He is similarly gritty in a physical sense and has a great propensity for pressing, and despite being quite a stocky frame he is not possessed with the height or aerial ability that would make him a classic target man style centre-forward, like Zlatan is.

In this sense, Rebic represents a sort of false nine; a player who could potentially be great at holding the ball up in Stefano Pioli’s 4-2-3-1 to bring others into the game.

On the other hand, the role of Rafael Leao is something that was the subject of great debate last season and continues to be so. There was a split between those who saw him as a very able striker and those who believed he functions best as a winger.

The Portuguese has played both roles in his young career, but has so far shown more promise out wide that up front, especially when he plays as a lone striker and doesn’t have someone like Ibrahimovic to play off.

Leao’s technical characteristics paint the forward as a very talented player, with excellent potential and a statuesque physique. Physically speaking Leao has all the credentials to fill the role of deputy Ibrahimovic but he lacks the same clinical nature.

in fact, during the season, the Portuguese missed some simple goals and some technical choices. In this sense, training hard focusing on finishing can help the former Lille starlet to improve in front of goal and then he could really lodge his bid to be Ibra’s deputy.