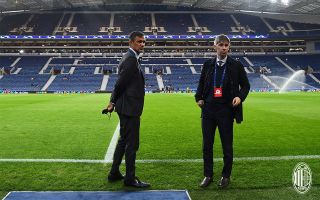 AC Milan have no points on the board after their first three Champions League games as the gulf in quality and experience has been exposed.

MilanNews writes that the first two appearances in Milan’s return to the Champions League definitely boded well for the growth of the team, but the same cannot be said of yesterday’s match against Porto where a step backwards was taken from the games against Liverpool and Atletico Madrid.

The stats show that Sergio Conceicao’s side dominated in every area of the field and deserved their goal even if there were question marks about how it actually came given the foul on Ismael Bennacer.

The absences of Franck Kessie, Mike Maignan, Theo Hernandez, Brahim Diaz and Ante Rebic were felt as the lack of experienced depth was on show for all to see. After seven years out of the competition a group draw of Liverpool, Atletico Madrid and Porto was the outcome given the club’s damaged UEFA coefficient.

Three games, zero points, two encouraging performances and one bad one. The writing is on the wall for all to see: Milan are far from the finished product.

READ MORE: Mayor Sala confirms meeting is on the cards with Milan and Inter over new stadium