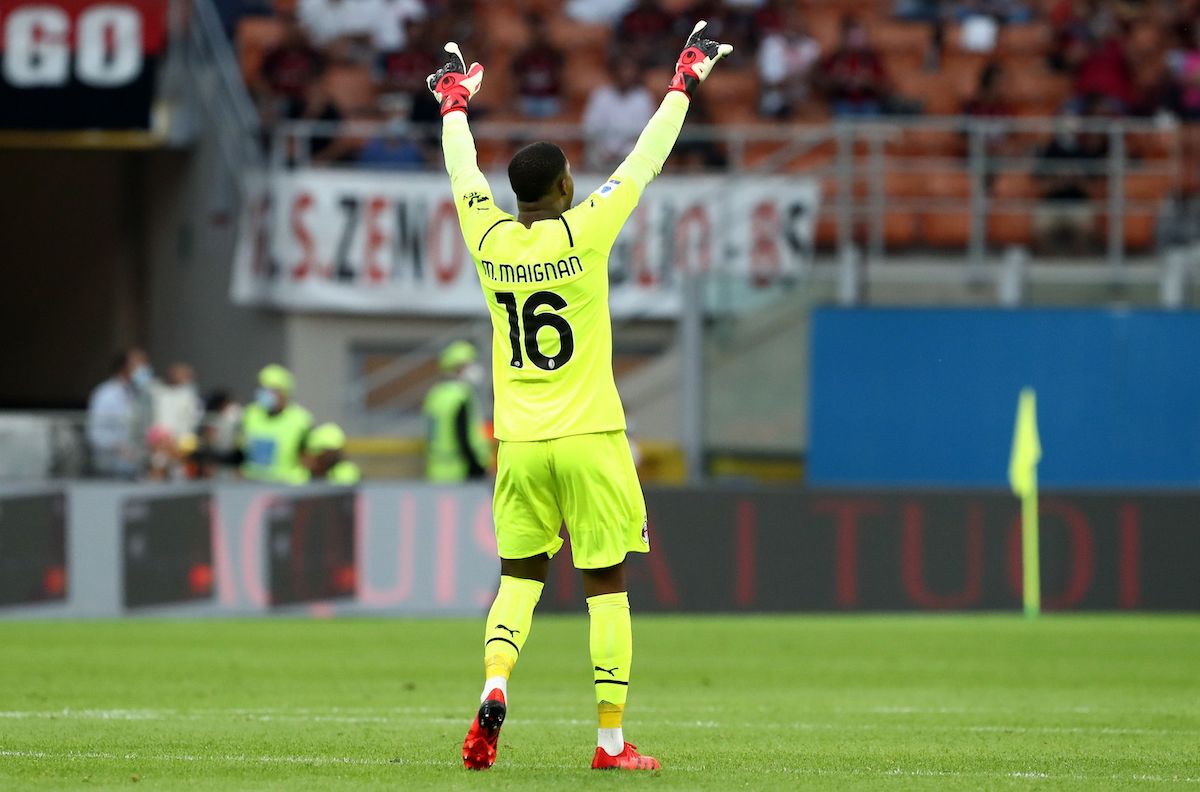 MN: Maignan takes next step in his recovery from surgery – the game he aims to be back for

Mike Maignan took another step forward in his recovery yesterday as he took to the field for the first time since his surgery, a report claims.

Maignan suffered a wrist problem while saving Mo Salah’s penalty at Anfield and the pain persisted even though he tried to play through it. An operation was needed, and the club confirmed he would be out of action for a while.

MilanNews are reporting that yesterday afternoon the Frenchman had his first individual training on the field. The former Lille man is still going through the post-operative recovery phase, but he has resumed working with the ball between his feet with specific technique exercises.

He was in an excellent mood but any chance of an accelerated full recovery still seem slim as the 25-year-old still aims to return to the starting line-up for Milan’s game against Roma on 6 January 2022. There is a timetable to respect and worsening his wrist is simply not an option.