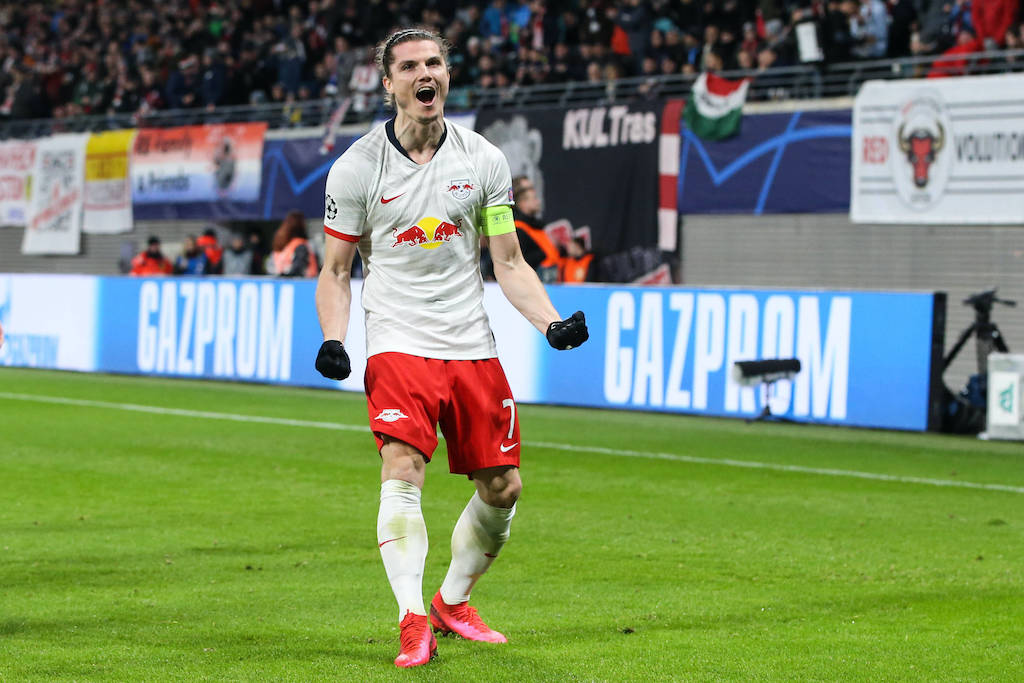 MN: Management in total agreement about target to replace Calhanoglu – the reasons

AC Milan have a concrete interest in RB Leipzig star Marcel Sabitzer who is seen as the perfect man for Stefano Pioli’s system, a report claims.

According to MilanNews, Sabitzer is a profile that the Milan management are very keen on and is one of the players that Maldini and Massara have identified to replace Hakan Calhanoglu. The Rossoneri are still in the evaluation phase and they have not yet chosen the one player to push down on the accelerator for, but things are progressing.

The pros for Sabitzer is that he is technically and tactically suited to Pioli’s style, has great quality, plus the right age and experience to make an impact. In addition, he has only has only one year left on his contract with Leipzig and is unlikely to renew.

The problem is that so many clubs have set their sights on the Austrian captain so the feeling that an auction could occur, but €20m should be enough for the operation to close as RB Leipzig can’t expect too high a fee. At the moment there are no negotiations underway, but a strong approval.