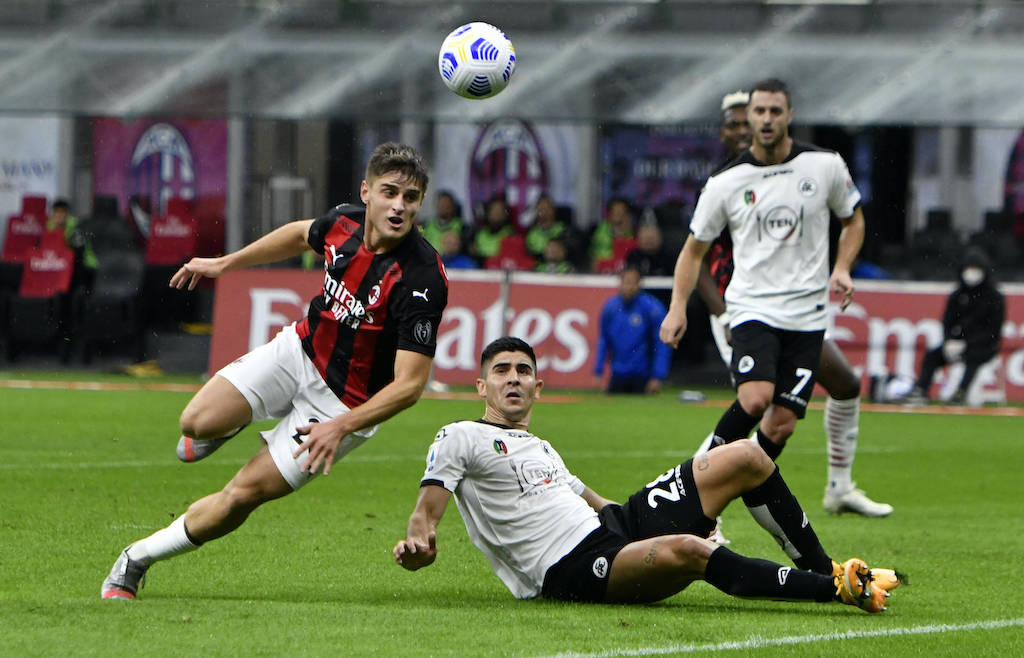 MN: Milan an unfinished puzzle – a new striker is as necessary as a centre-back

Although the scoreline reads that AC Milan beat Spezia 3-0, it was far from a walkover for the Rossoneri on Sunday evening.

It took Milan until the second half to break the deadlock and a bit of inspiration from Hakan Calhanoglu was needed off the bench, with Lorenzo Colombo having been hauled off after 45 minutes of toiling awa without any success.

As MilanNews notes, credit must go to head coach Stefano Pioli for making the correct tactical change, but the issue of centre-forward depth once again reared its ugly head.

In the pre-match interviews, Massara played hide-and-seek on Milan’s need to buy a reinforcement in defence. Antonio Rudiger or Ozan Kabak, undoubtedly, would be an added value for a department currently composed of only Kjaer and Gabbia.

Nevertheless, despite the fact Milan didn’t face three difficult fixtures to start the Serie A season (with respect), Pioli’s team had scored seven goals and conceded none.

In addition to a centre-back, therefore, MilanNews believe that the management must look into signing a new striker who can be called upon with no worries should Ibrahimovic miss games.

It is difficult to imagine that there could be a last minute move that could be made in that area of ​​the pitch, so Milan risks biting their hands at the end of the season with this unfinished puzzle.