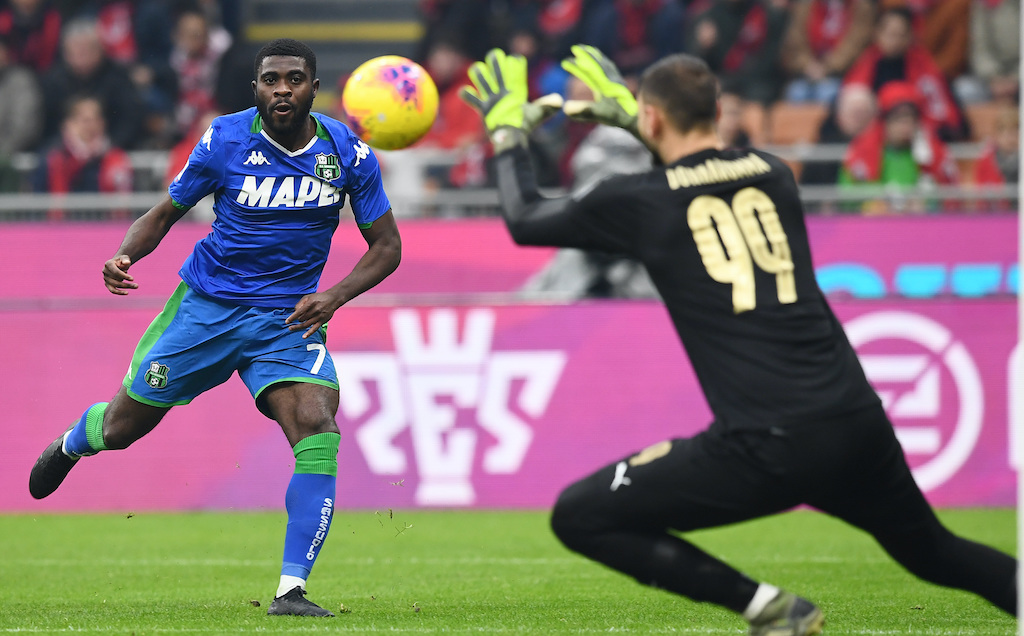 AC Milan are interested in a move for Sassuolo winger Jeremie Boga, a report claims, while Zlatan Ibrahimovic remains likely to leave.

According to the latest from MilanNews, the new name that begins to circulate in Milanese circles is that of Boga, with Napoli also interested.

His profile pleases the management because he can be used in both 4-4-2 and 4-3-3, the two preferred formations of the prospective next manager Ralf Rangnick.

The MilanNews report continues by adding that it is hard to see Zlatan Ibrahimovic staying, as he no longer has the work rate in his legs that Rangnick demands from his strikers.

Meanwhile, the signals lead to Rangnick wanting the keys to all the doors of the Rossoneri house, in essence demanding control over recruitment and over the tactical approach the club will deploy.