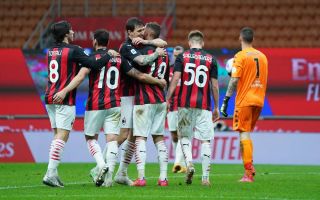 The game between Juventus and AC Milan at San Siro this evening carries tremendous weight in the battle for the top four.

As part of that, Stefano Pioli will be called upon to make the right choices from a technical and tactical point of view to give his side the best possible chance of achieving a victory that would be huge in the scheme of the Champions League battle.

According to MilanNews, for tonight’s big match at the Allianz Stadium, Milan could change something in the offensive department. Pioli tried Brahim Diaz next to Zlatan Ibrahimovic in training, a choice which would see Rebic and Leao start from the bench.

Calhanoglu and Saelemaekers would complete the attacking trident behind the Swede in a system that can be read as 4-2-3-1 or a masked 4-4-2. In defence Fikayo Tomori should win the battle against Romagnoli and take a spot next to Kjaer. Calabria and Theo Hernandez should be the full-backs, while Donnarumma will be the captain.