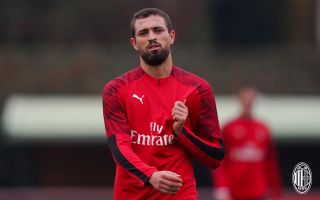 MN: Milan could let three players leave in January as signings are targeted in two positions

AC Milan could say goodbye to two defenders in the January transfer window as well as a forward, according to a report.

With the winter mercato just over a week away, the Rossoneri are expected to be buyers as Paolo Maldini and Ricky Massara look to bolster the depth available to Stefano Pioli, but they will probably say goodbye to some players deemed out of the project too.

According to MilanNews,Milan will go in search of a reinforcement for the centre-back department, also because both Duarte and Musacchio could leave. The Brazilian could leave on loan, while the Argentine – who is not part of Pioli’s plans – could be sold or could even have his contract terminated early.

In addition to a defender, Milan are also probing the market to give Pioli a concrete alternative to Ibrahimovic. In the event of the arrival of a striker (like Gianluca Scamacca, for example), the Rossoneri could let Lorenzo Colombo leave on loan to allow him to gain experience and play more consistently.