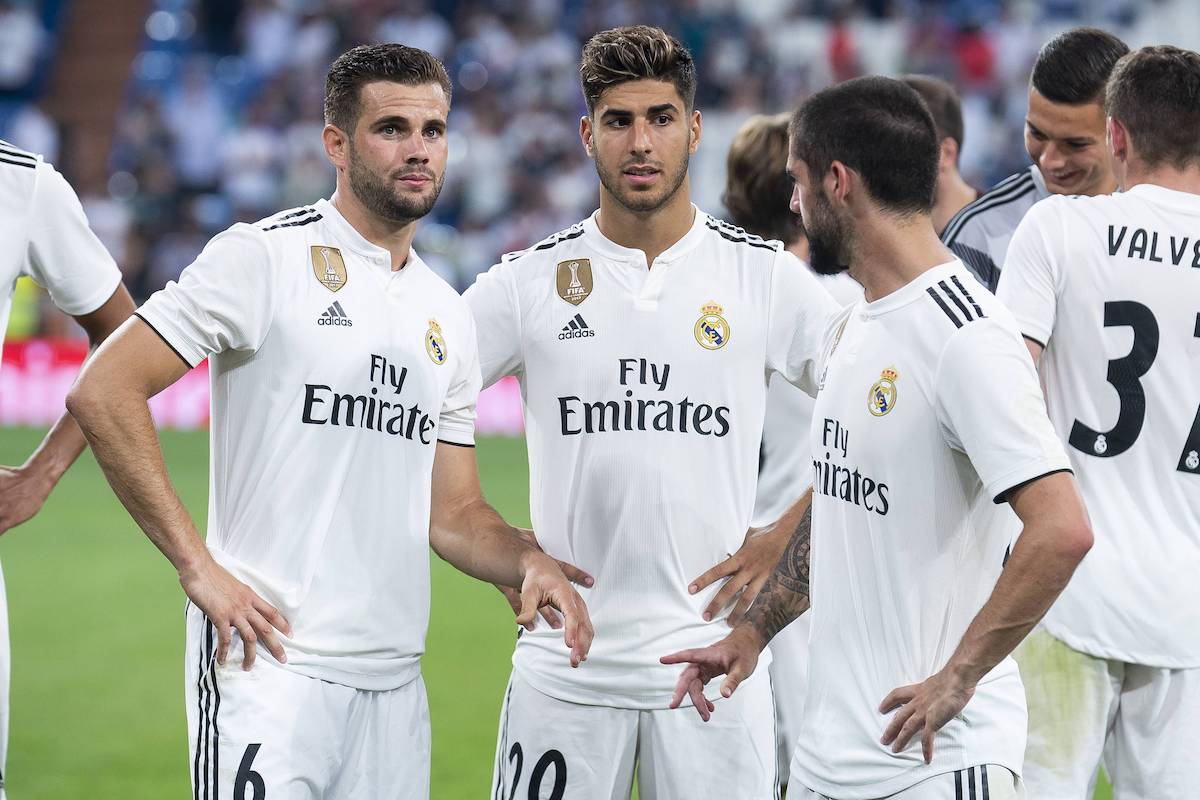 AC Milan could take advantage of their excellent relationship with Real Madrid to secure some reinforcements in cost-effective deals, a report claims.

MilanNews writes how Maldini and Massara will as always be looking at opportunities that arise to strengthen the Rossoneri squad, and the great rapport with Real Madrid – especially with the arrival of Carlo Ancelotti who has a bond with Maldini – can be exploited. Below are some players the source believes could be of interest to Milan.

Nacho Fernandez: Nacho can play centre-back or right-back, has experience playing in the Champions League and has a contract which is due to expire in 2022. Renewal negotiations have not yet found an agreement, so he could be sold at a reasonable price.

Alvaro Odriozola: The Spanish full-back has been with Real Madrid since the summer of 2018, when he was signed from Real Sociedad for a sum close to €30m. Although the expectations for him were very high, his performances have been inconsistent. A loan to Bayern Munich ended with the German club deciding not to sign him permanently, and he could move on this summer.

Dani Ceballos: Real Madrid paid €17m to sign him from Real Betis but has not yet hit the heights expected. He has been linked to the Rossoneri but he chose to go on loan to Arsenal for two seasons. The Gunners have decided not to buy him outright, his contract is expiring in 2023 and Real will try to sell.

Isco: Isco is a top player who has had a difficult time recently due to various physical problems that have limited his performance. Given his contract is expiring in 2022, he would be a player who could make the Rossoneri attack take an important qualitative leap.

Marco Asensio: A forward who has amply demonstrated that he can be a protagonist at a top European club. In the summer of 2019 he suffered a ruptured cruciate ligament and was out for more than 8 months and since then he has found playing time harder. It is unlikely that Ancelotti will decide to sell, but if he did Milan could try.

Brahim Diaz: Milan know him well and will try to renew his loan by including an option to buy. The player found himself to be very happy in Italy and would gladly stay, and he is waiting to see if Ancelotti will give his approval.

Takefusa Kubo: Kubo has always been considered one of the greatest talents from Japan, and Real have loaned him to Mallorca, Villarreal and Getafe. He has talent, and could arrive on loan.

Mariano Diaz: Diaz joined Real from Lyon in the summer of 2018 but has always been an afterthought. With his contract expiring in 2023 he could also leave Los Blancos on loan, and could complete the centre-forward department for next season.

Luka Jovic: Jovic was signed from Eintracht Frankfurt for a sum close to €60m and he never hit the ground running. He returned to Eintracht on loan in January of this year, but with the German club failing to qualify for the Champions League it is really difficult for him to stay. Milan have sought him in the past, and his situation is certainly one to follow.