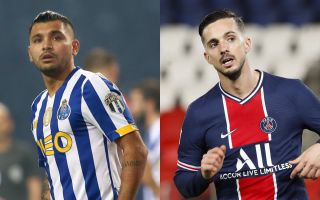 AC Milan still have some work to do on the market, just one week before it closes for this time. The right-wing is one of their priorities and they have set their sights on two players, a report claims.

Yesterday, the news broke that Milan are following Porto winger Jesus Corona, whose contract will expire next year. He can play both as an attacking midfielder and as a winger, which is an aspect that the Rossoneri really appreciate.

According to MilanNews, the Milan management are trying to understand if the deal is feasible for them this summer. Corona is on the wish list, in other words, and Paolo Maldini and Ricky Massara are also monitoring other situations.

One example is that of Pablo Sarabia, as it seems he could perhaps be allowed to leave Paris Saint-German before the window closes. Just like Corona, he’s very versatile in attack and that is a big plus.