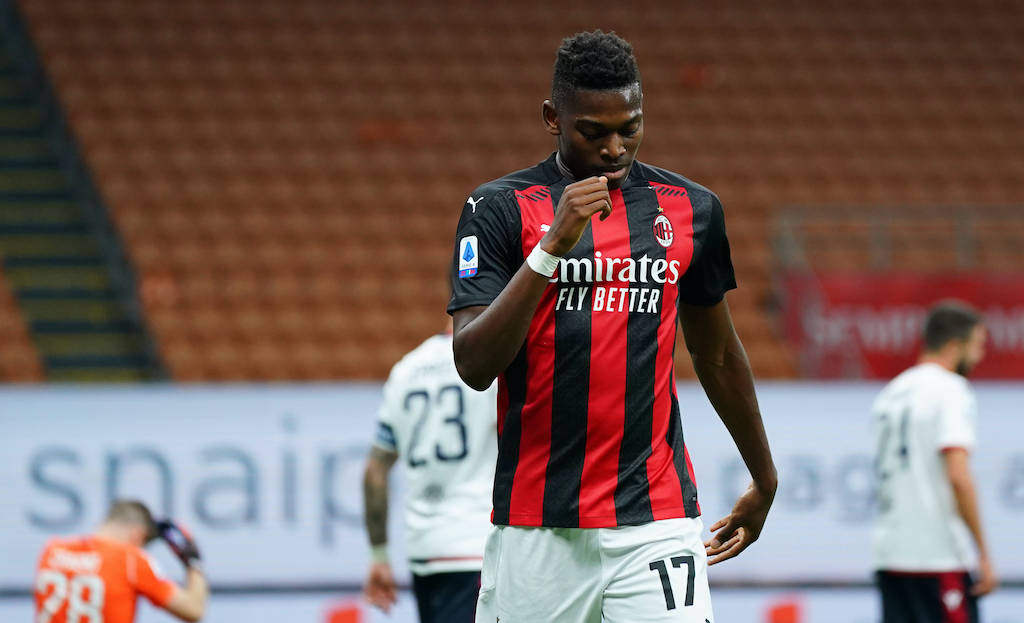 MN: Milan face ‘fascinating challenge’ with Rafael Leao – his role is to be defined

AC Milan face a dilemma regarding the future of Rafael Leao and what position to deploy him in moving forward, a report claims.

As MilanNews notes, head coach Stefano Pioli remarked in his post-Cagliari press conference that Leao ‘will be one of the most fascinating challenges of the 2020-2021 season’.

Paolo Maldini in the pre-match to Sky stressed: “With Ibra we feel right. We have Rebic, Leao, we have many young boys who, with Ibra, can have exponential growth. This is our idea.”

The report claims that Milan have clear and considerable confidence in Rafael Leao even if it is not excluded that they go out and buy another striker.

The real crux of the matter will be the role of the Portuguese starlet, in particular whether to play him as a centre-forward, a support striker or as a winger, and after lockdown it was the latter.

If Milan do not sign another striker though, it is expected that Pioli will turn to Leao as his replacement centre-forward, so he must be trained in that respect too.

Despite only two starts after lockdown the 21-year-old scored four goals and provided increasingly convincing performances. Now, the challenge is to make those consistent and then Milan might unlock the kind of potential they thought they would when he arrived from Lille.