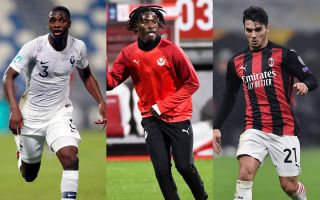 MN: Milan have closed three more deals in addition to Giroud – all the names

Milan have already announced the signings of Mike Maignan, Fikayo Tomori and Sandro Tonali but it won’t end there. Olivier Giroud is undergoing his medical, but three more signings have been secured.

According to MilanNews, the Rossoneri have also reached an agreement with Monaco over Fode Ballo-Toure. The operation will cost them €4.2m plus bonuses (rumoured to be €500K), which is a good deal for a deputy left-back.

And finally, the Rossoneri are also closing the deal that will see Warren Bondo join the team from Ligue 2 side Nancy. The young midfielder, born in 2003, could be added to the first team but if not, he will be with the Primavera.

READ MORE: Pioli wants to use Giroud and Ibrahimovic together – how that could work