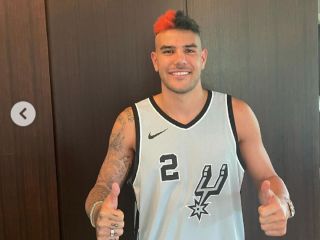 MN: Milan have no doubts about Theo Hernandez – his future is red and black

Theo Hernandez played a very important part in Milan’s Champions League qualification this past season. Starting almost every game, he continued to show why he’s worth so much more than the €20m spent.

As highlighted by MilanNews, the left-back deserves a lot of credit as he was one of the protagonists, with eight goals and seven assists. Impressive numbers for a player in his position, a lot thanks to Stefano Pioli’s system.

Hernandez is, without a doubt, at the centre of Milan’s project and he’s considered unsellable by the club. His future will be red and black and the birthday wish to Paolo Maldini, as well as dying his hair, is just proof of this.

In just two seasons, the player has become fundamental for the club and it’s clear that the €20m spent was an absolute bargain. Maldini deserves a lot of praise for getting that deal over the line, that’s for sure.