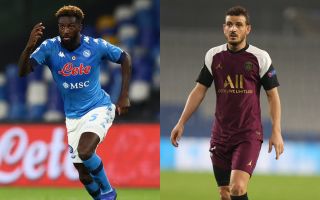 AC Milan have secured the services of Alessandro Florenzi and will announce the player tomorrow. However, they aren’t done on the market as they also want to bring in at least one midfielder before it closes.

According to MilanNews, the Rossoneri have accelerated the return of Tiemoue Baayoko as new contacts were held with Chelsea today. They are hoping that an agreement can be reached on the basis of a loan with an option to buy.

The former Napoli man is the first choice to reinforce the midfield department, although Milan are also working on the signing of Yacine Adli from Bordeaux. The feeling is that the arrival of Bakayoko wouldn’t rule out the signing of Adli.

Tomorrow, as added by the site, Milan will announce the signing of Alessandro Florenzi from Roma. The versatile Italian underwent his medical earlier today and also signed his contract with the club.