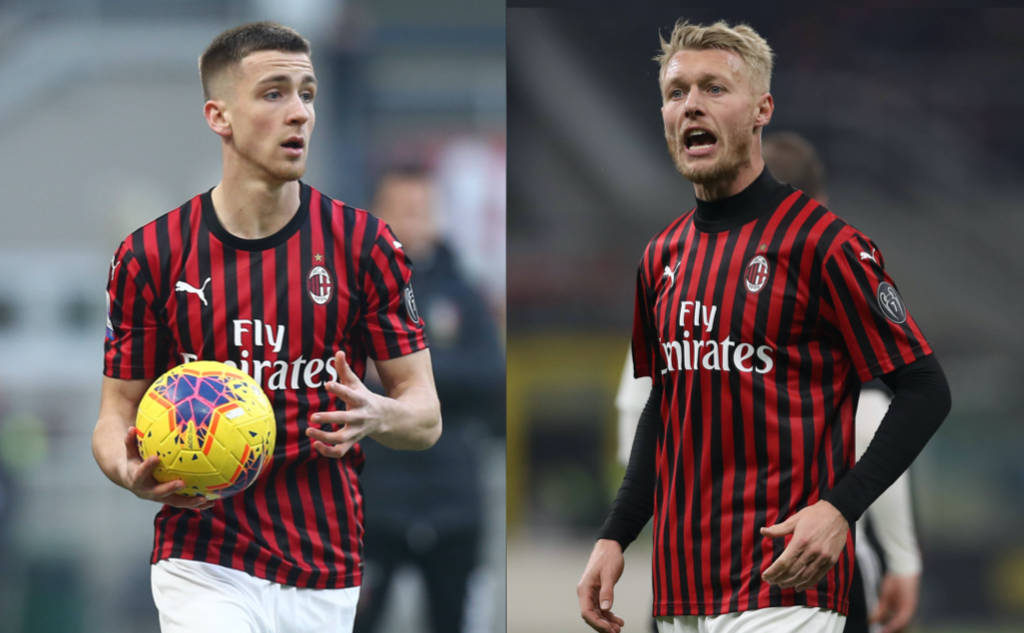 AC Milan are moving towards exercising the right to buy that they have on the on-loan duo of Simon Kjaer and Alexis Saelemaekers, it is claimed.

Both Kjaer and Saelemaekers were instrumental in Sunday’s 2-0 win over Roma, with the former contributing a warrior-like display to keep a clean sheet while the latter showed the endeavour that Samu Castillejo lacked to help break the deadlock.

The Danish international scored a 7 out of 10 in our player ratings, which you can read here, while the Belgian was given a 6 for what was a battling performance.

According to MilanNews, Milan are becoming increasingly likely to use their €3.5m option to buy on Kjaer and sign him permanently from Sevilla as it is deemed an affordable figure for an experienced player.

Meanwhile, the same source adds that there are positive indications regarding the possible redemption of Saelemaekers – also for a fee of €3.5m – with evaluations in progress.