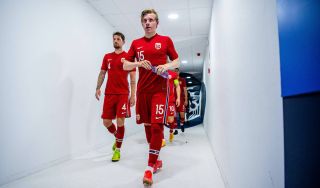 MN: Milan left with a Hauge dilemma to solve – the two-fold temptation to cash in outlined

AC Milan are tempted to sell winger Jens Petter Hauge because of the possible capital gains that could result, according to a report.

MilanNews writes that the player’s value to Milan is more complicated because right now Hauge has both Ante Rebic and Rafael Leao in front of him in the pecking order for the left wing role, and him staying as a third choice given his age and potential seems unlikely.

He does not seem to possess the possibility of playing in other positions and this leaves Milan in a predicament, so they could consequently ‘exploit’ the abundance of alternatives in that role to obtain a big capital gain from the sale of Hauge.

There is the interest of German clubs at a figure of around €15m or he could also be used as a valuable counterpart in another negotiation such as, for example, the unsuccessful attempt to sign Rodrigo De Paul.