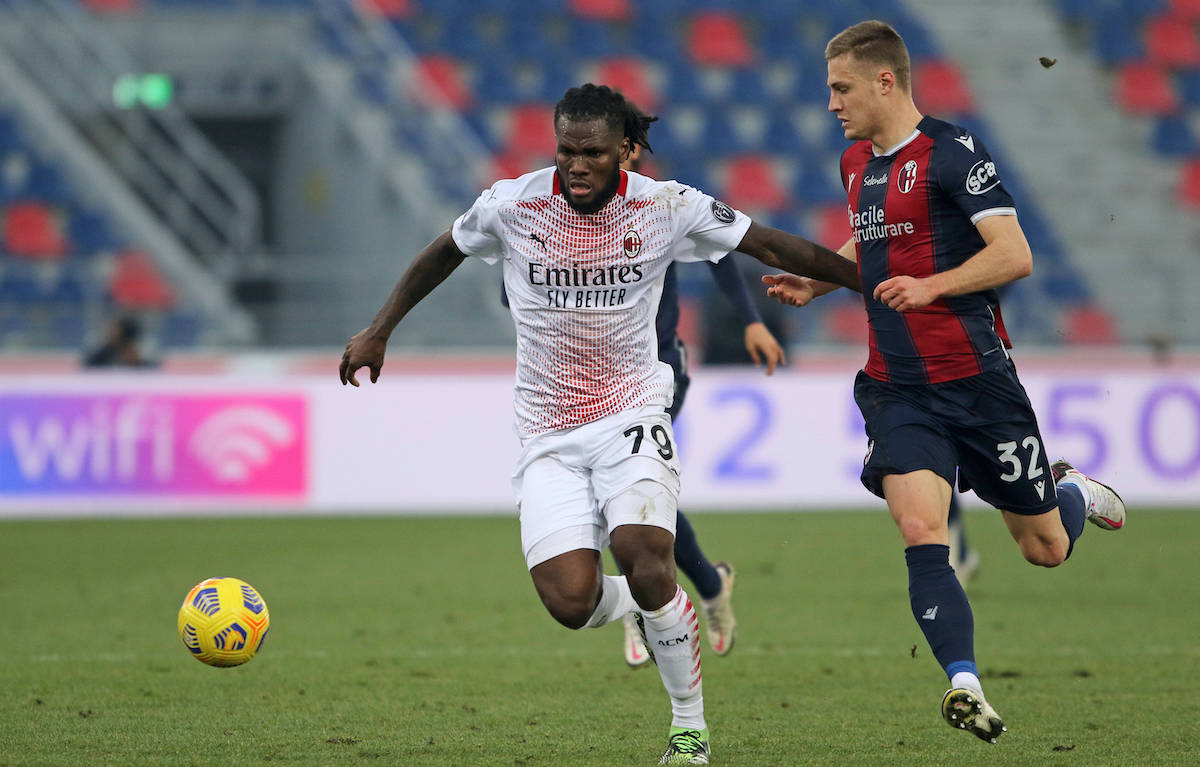 AC Milan are looking to resolve the future of Franck Kessie and complete the midfield with a new signing, according to a report.

According to MilanNews, the Milan management are beginning to try and put the pieces in place ahead of the 2021-22 season, a campaign which will see the Rossoneri back in the Champions League for the first time since 2013-14.

The most important priority for the midfield department is certainly the renewal of Franck Kessie and while today there is a distance between the offer from Milan and the demands of the player and his entourage, it is unthinkable that Milan will let him leave after such a season.

A new signing will also be made in midfield to complete the department as per the report, and Mattias Svanberg of Bologna is named as a player that Maldini and Massara very much appreciate. The 22-year-old Swede played 34 times in Serie A this season, scoring five goals.

READ MORE: Milan hoping to wrap up signing of Chelsea defender for €28m in next 48 hours