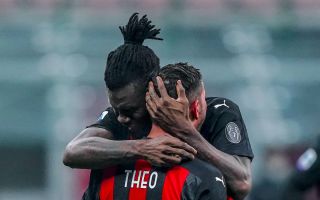 MN: Milan must prevent Kessie-like saga with two other renewals as PSG circle

Yet more confirmations have arrived that Paris Saint-Germain are eyeing a move for Franck Kessie on a free transfer, and AC Milan have a dilemma.

MilanNews describes Kessie as being ‘further away’ from Milan at the moment as the parties have been unable to take the steps necessary to reach an agreement. PSG have also initiated contacts with Kessie’s agent George Atangana, and the management know they are at risk of losing another star for nothing just as they did with Gianluigi Donnarumma and Hakan Calhanoglu who went to PSG and Inter respectively.

Maldini and Massara have start speeding up the negotiations on key players – just like they will have to do with Theo Hernandez and Bennacer who could become similar cases. There are two risks in letting things run this late: paying a big salary for them to stay or lose the player for nothing.