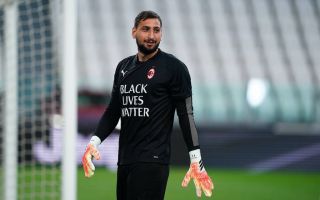 MN: Milan negotiating the bonuses with Donnarumma – contract until 2023

Zlatan Ibrahimovic and Gigio Donnarumma, as evidenced by the latter’s Instagram stories, took off with a helicopter from Milanello earlier today. The destination? Montecarlo, where they will meet with Mino Raiola, a report claims.

According to MilanNews.it, the duo will have a summit with Mino Raiola – their agent – to discuss AC Milan’s trend since the league was restarted. They will also take stock of the contractual situations, which is the most important thing.

Ibrahimovic’s contract will expire in about ten days and he hasn’t received a renewal offer yet. Donnarumma’s situation, on the other hand, seems to be more optimistic as the parties are negotiating the bonuses for a contract until 2023.

The goalkeeper recently made his 200th appearance for the club and also wore the captain’s armband against Atalanta yesterday. He has been very important for many years now and Milan are hoping that an agreement will be reached.