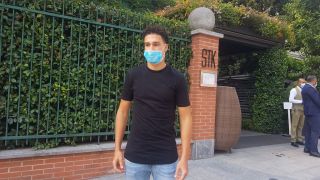 According to MilanNews, the player wants to go on loan and Milan are ready to satisfy him. To date one of the teams to have been interested is Venezia, but the Brazilian would prefer to go abroad.

The 20-year-old netted nine times in 12 league appearances for the Primavera this season, but appears to want playing time in a senior side to aid his development.