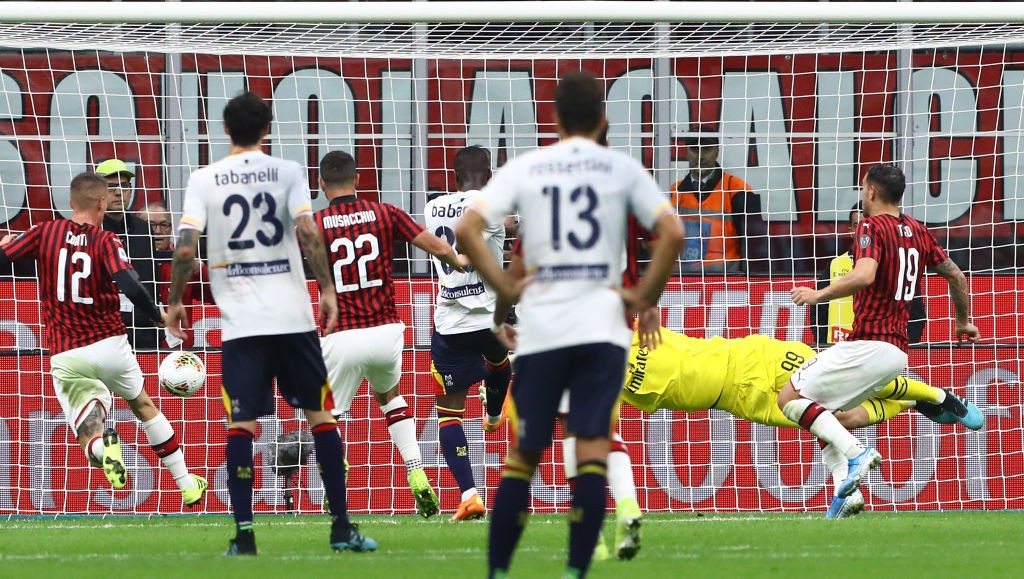 Lucas Biglia and Andrea Conti received the biggest criticism in MilanNews.it‘s player ratings after the game against Lecce.

It looked like the Rossoneri were on course for all three points in Stefano Pioli’s first game as head coach as the team twice took the lead, first through Hakan Calhanoglu and then through Krzysztof Piatek with nine minutes to go.

However Lecce pegged Milan back twice; Khouma Babacar converting a penalty to make it 1-1 before Marco Calderoni’s 92nd minute thunderbolt stole a point.

MilanNews.it published their player ratings after the full-time whistle, and the two most heavily criticised where Conti – in for the suspended Davide Calabria – and Lucas Biglia. Both received scores of 5/10.

Gianluigi Donnarumma was awarded a 6, as were centre-back pairing Mateo Musacchio and Alessio Romagnoli, with left-back Theo Hernandez scoring a 7 following an impressive performance.

Lucas Paqueta scored a 6 with his central midfield partner Franck Kessie getting a 5.5, the same as Suso received after another ineffective showing on the right side.

Rafael Leao was unusually wasteful and was given a 5.5 as a result, while Hakan Calhanoglu rounds off the starting XI with a 7.5 in his Man of the Match performance.