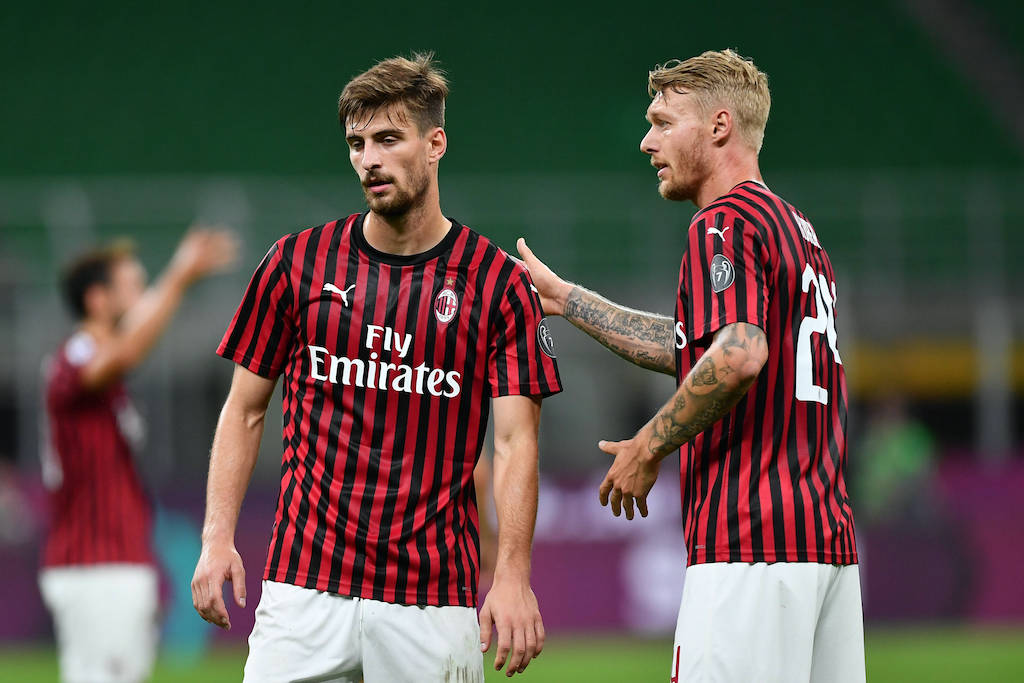 MN: Milan relying on Kjaer and Gabbia again while waiting for Romagnoli and the market

AC Milan boss Stefano Pioli is juggling a tough situation regarding the centre-back department, with the market not yet unlocked.

As MilanNews reports, the Rossoneri will likely start Thursday’s game against Shamrock Rovers and also the Serie A opener against Bologna with the defensive pairing of Simon Kjaer and Matteo Gabbia.

Alessio Romagnoli should be available again at the end of September, but Mateo Musacchio is out after ankle surgery and Leo Duarte does not offer assurances.

In recent months there has been a long hypothesis of a possible loan move for Gabbia, but when everyone is fit he is currently the third-choice centre-back.

During yesterday’s friendly against Brescia, Pioli kept Kjaer and Gabbia out there for all ninety minutes, more than a sign that they will be used for the first part of the season.

With regards to the market, Milan will not be able to invest in another central defender unless one of Duarte or Musacchio is sold.

To date the only one who seems to be able to leave is Duarte, theoretically on loan, but it is clear that today Milan cannot easily get rid of the Brazilian. The former Flamengo will in fact be the only substitute against both Shamrock and Bologna, waiting to understand how the management will move to fix the rearguard.