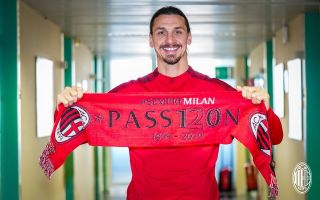 AC Milan will play a friendly against amateur side Rhodense at Milanello on Friday afternoon during which Zlatan Ibrahimovic could feature, a report claims.

According to MilanNews.it, during today’s training session – scheduled for the afternoon – Milan will face Rhodense in a friendly match.

The kick-off is scheduled for 15:00 CET at Milanello against the side who currently play in the Championship of Excellence, a level below Serie D.

Of course, the game could also be an opportunity for head coach Stefano Pioli to try Zlatan Ibrahimovic, however the final decision on whether he will feature is expected to be made nearer game time.

Sky Italia (via MilanNews.it) are reporting that the Swede will do everything to be available to Pioli, at least for the bench, ahead Monday’s match against Sampdoria – though his debut is likely to be on January 15 against SPAL in the Coppa Italia.