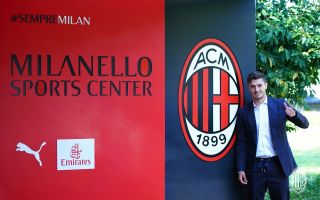 AC Milan have placed great faith in Brahim Diaz and are willing to entrust him with an iconic shirt number, according to a report.

According to MilanNews, Brahim Diaz will wear the number 10 shirt as will be confirmed when he is officially announced as a Milan player again today. It is an important choice from the management which came about during the negotiations over his return, but it confirms how much Milan are willing to bet on him.

The 21-year-old is a player who can be decisive with consistency, as we saw in the season finale when Pioli trusted him and he repaid it with some crucial goals, including a memorable strike at Juventus away in the 3-0 win.

The hope is that Brahim – at least for the next two years – will make Milan proud and will honour the number that he will wear. As a player who has already spent time at Pep Guardiola’s Manchester City and with Real Madrid, he certainly has the talent and the pedigree to make a big difference.