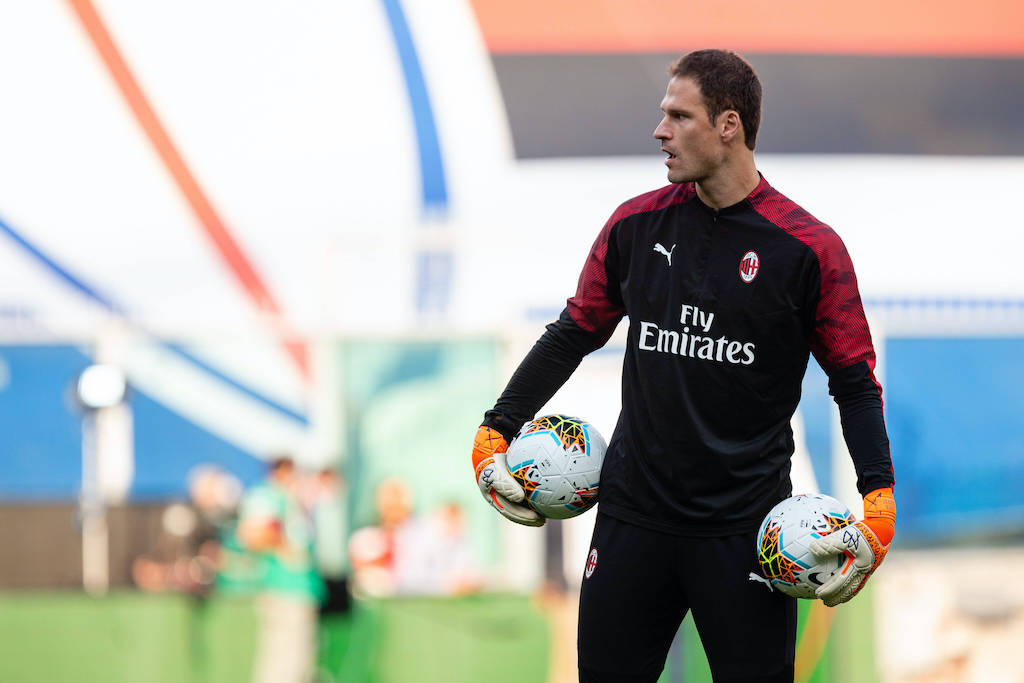 MN: Milan to save €6m from exit of Reina as replacement is lined up by the management

AC Milan reportedly want to sign Asmir Begovic to replace Pepe Reina, who seems all set to complete his move to Lazio soon.

According to MilanNews, Reina – after being close to joining Valencia – is now one step away from joining Milan’s Serie A rivals Lazio. The Spanish goalkeeper has an agreement with the Biancoceleste on the basis of a two-year deal.

Milan will not collect a transfer fee but will save about €6million gross given that the 37-year-old had a year left on his contract.

As for the substitute, the Rossoneri have not take into consideration the different goalkeepers who have been offered to them by various agents and intermediaries, even those from outside Europe.

Instead, the priority of the management is to keep Asmir Begovic, who spent the second half of the 2019-20 season on loan at San Siro from Bournemouth. It is unclear if it would be a permanent deal or another loan for the Bosnian.