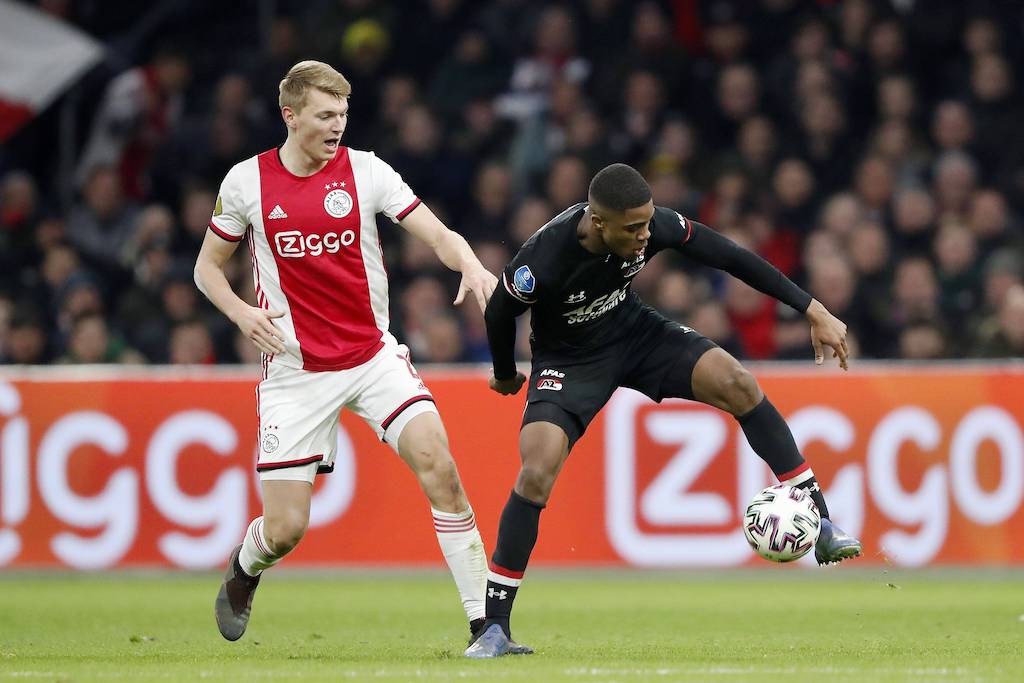 AC Milan have turned their attentions to an Ajax starlet after missing out on the signing of Tanguy Koaussi from Paris Saint-Germain, a report claims.

After weeks of conflicting media reports, Bild are reporting that it is Bayern Munich who have managed to reach an agreement with Kouassi and his entourage, and the player will join on a free transfer this summer penning a five-year deal.

According to MilanNews, Milan missed out on the Frenchman due to exorbitant requests from his agents for a boy just over the age of 18, but the club continues to scour the market in search of talented young central defenders who could become Romagnoli’s new long-term partner.

Perr Schuurs of Ajax is the latest name to filter, a 20-year-old centre-back who made 10 Eredivisie appearances before the league was cancelled due to the Coronvirus crisis and attracted interest from Liverpool and Spurs before joining the Amsterdam club three years ago.

MilanNews cite insiders who claim Schuurs is a “player with significant talent” and a “secure future”, while current Ajax boss Erik Ten Hag believes he is ready to become a permanent fixture in his starting XI.

However the scouting team of the Rossoneri are attracted by the prospect of luring him to Italy and the possible costs of the operation are currently under consideration.