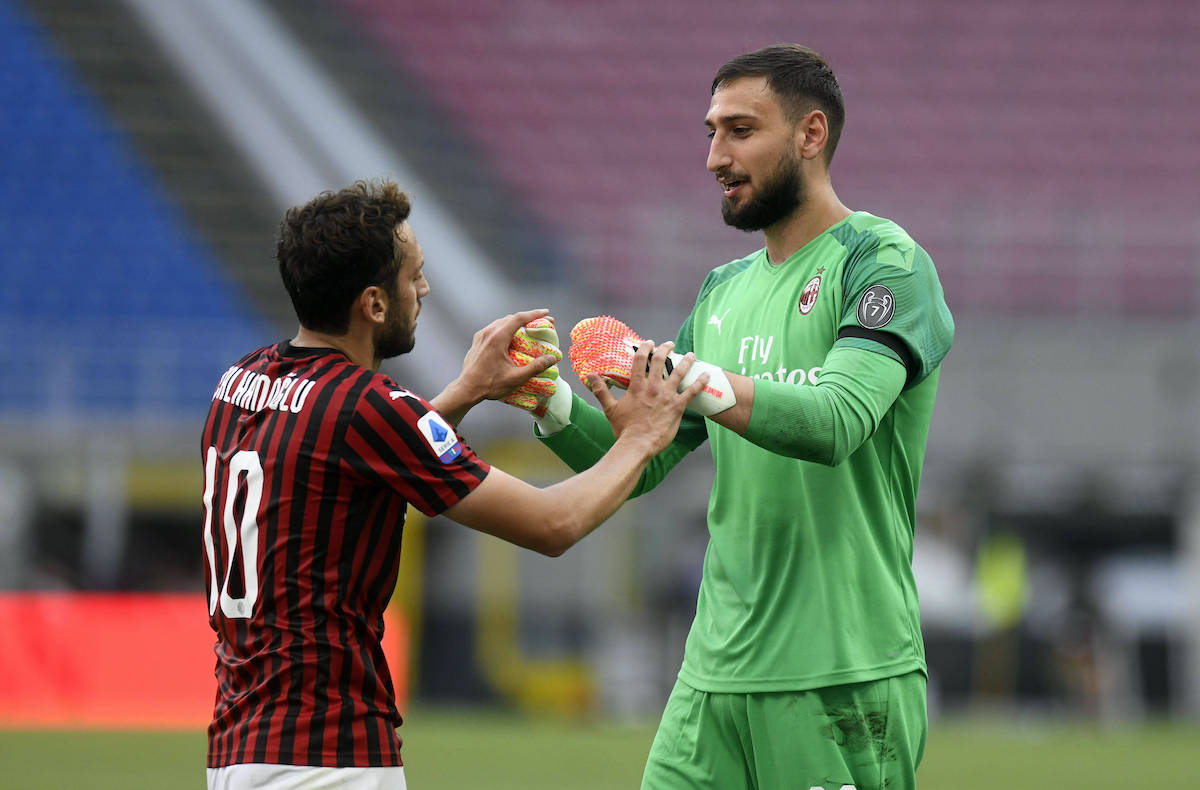 After a saga which feels as though it has dragged on for months now, MilanNews report that the renewals of Gianluigi Donnarumma and Hakan Calhanoglu are almost done.

The source claims that negotiations over new deals for the duo have entered the final phase, and the desire of all parties to continue together has been there since the start and throughout the most delicate parts of the negotiation.

Calhanoglu’s situation was the most difficult one but the playmaker’s desire to stay with the Rossoneri will prove to be decisive in the end, while there were never any doubts that Donnarumma wants to remain and that is why Milan have always shown a certain calmness.

There are no signatures yet, but it is now evident that the agreement is closer and closer and the parties want to close as soon as possible having worked for a long time on these renewals.

Despite an expiring contract, both Donnarumma and Calhanoglu have so far had a superb season, demonstrating an incredible professionalism and dedication to the cause.

Talks of this kind cannot be sorted in a few weeks, which is why Maldini and Massara have been busy for months waiting for the white smoke. The final details are being filed and any distance is easily bridged.