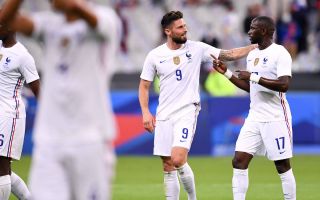 MN: Milan waiting for Giroud to resolve Chelsea future – he will only arrive on one condition

AC Milan are waiting for the agent of Olivier Giroud to resolve his situation with Chelsea before moving concretely again, a report claims.

According to MilanNews, Giroud was close to an agreement with Milan, but then on Friday Chelsea announced that they had exercised their unilateral extension which means he will be under contract at Stamford Bridge until 2022.

Paolo Maldini and Ricky Massara were working on the basis of a two-year deal at €4m net per season, while now the only possibility of the operation being completed is if the Frenchman frees himself from his contract with Chelsea and joins for nothing.

Milan would be happy to welcome the 34-year-old – who netted a brace for France last night – but Giroud will first have to ensure that he can move without a transfer fee being involved, because the Rossoneri have zero intentions of negotiating any kind of fee with Chelsea.