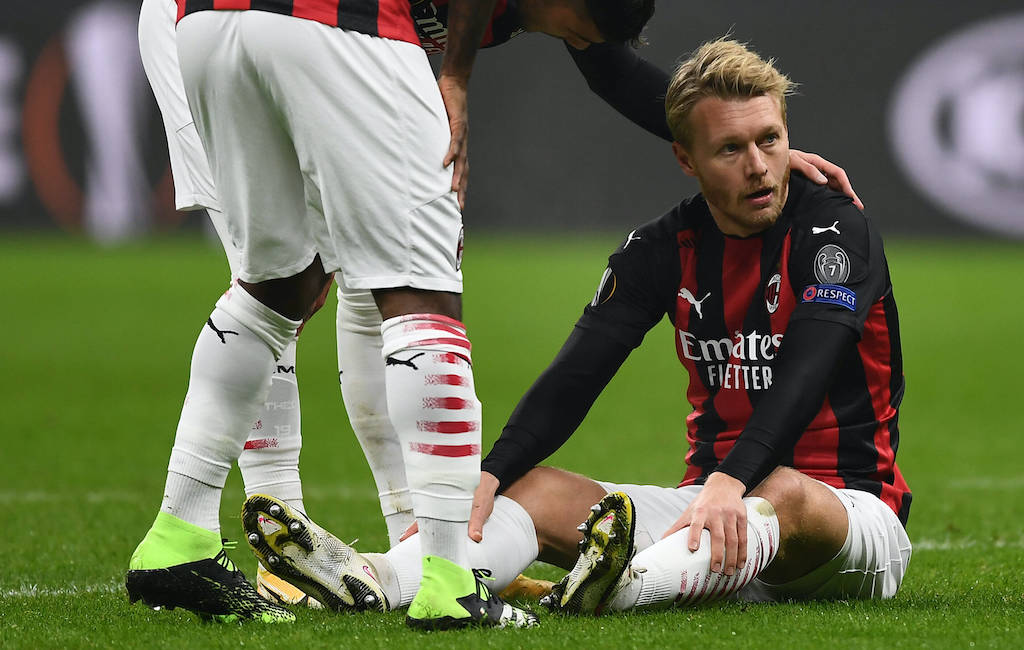 MN: Milan without Ibrahimovic and Kjaer for Genoa trip as battle commences for LW spot

AC Milan will be without star duo Zlatan Ibrahimovic and Simon Kjaer for Wednesday night’s trip to face Genoa, according to a report.

Ibrahimovic and Kjaer have both missed the last few games due to thigh muscle problems and while it was expected that the Swede would recover for the game at the Marassi, some bad news has arrived.

According to what is being reported by MilanNews, Ibrahimovic and Simon Kjaer still underwent personalised training sessions at Milanello on Tuesday morning. The pair therefore will not be there for the away match against Genoa.

The same outlet adds that in training in view of tomorrow night’s game, head coach Stefano Pioli tried both Jens Petter Hauge and Rafael Leao on the left wing. The two young forwards are therefore in a battle for a starting spot.