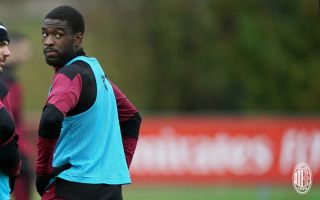 MN: Milan without Maignan, Tomori, Calabria and Rebic vs. Atletico – when each will return

Stefano Pioli will have to wait a while to have a fully fit squad again as an update has arrived on the latest batch of injured players.

According to what is being reported by MilanNews, both goalkeeper Mike Maignan and centre-back Fikayo Tomori will try to make it back in time for Sunday’s home match against Sassuolo. The former is closing in on a return after wrist surgery while Tomori sustained a hip problem, and each player will have their condition evaluated daily.

As for Ante Rebic, the Croatian winger reported a problem with his flexors in training on the eve of the match against Fiorentina on Saturday night. It is likely that his 2021 is over as he should spend a month on the sidelines, which would mean a return of early January.

Davide Calabria returned with a muscle problem in his calf in international duty but he has a chance of making it back before the Christmas break as he should remain out for another two or three weeks.