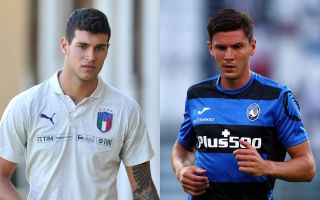 MN: Milan worked on loan deal during meeting with agent – no mention of Pessina

The transfer window is coming to an end and AC Milan still have a few signings to complete before it closes. In the last few days, they have been heavily linked with Monaco striker Pietro Pellegri.

The Italian international, who is still just 20-year-old, could make a return to Serie A as the Rossoneri are very interested. According to MilanNews, they met with his agent Giuseppe Riso at Casa Milan earlier this evening.

They discussed a one-year loan, which is the basis of the negotiation, but first Pellegri will have to renew his contract with Monaco until 2023. That is because he will be a free agent next summer if that doesn’t happen.

As per the report, the parties did not discuss the future of Matteo Pessina, which is one of Riso’s clients. The midfielder is currently at Atalanta but Milan have a 50% resale clause, which will expire when he reaches 100 appearances for the Bergamo side.