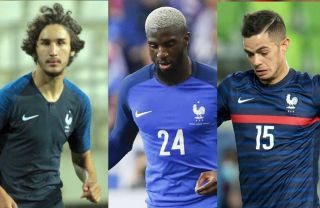 AC Milan have taken on an increasingly French influence over the past few windows and it could get even stronger, according to a report.

The latest from MilanNews reports that three more French players could very well arrive before the window shuts on August 31. The first has been well documented in Tiemoue Bakayoko, as the matter of a few small details remain to be solved before Bakayoko will be a Rossoneri player again soon.

Yesterday more positive contacts between Milan and Chelsea were held regarding the final amount of the option to buy that will be included, so very little is missing and the 26-year-old is one step away from returning to Milanello and today there could be the decisive day.

Directors Paolo Maldini and Ricky Massara are also negotiating with two other players: namely Yacine Adli of Bordeaux and Romain Faivre of Brest, and with both yesterday there were meetings at Casa Milan regarding the operations. Negotiations are in progress, while it is difficult to sign Jesus Corona of Porto for economic reasons.