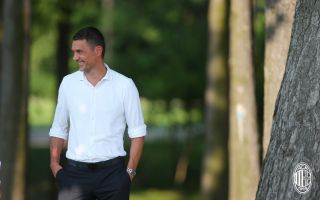 MN: Milan’s market must be judged only on August 31 – at least five more signings wanted

With the preseason meet-up in just over a week, the management are working around the clock to build the squad ahead of next season.

MilanNews references the fact that Milan must learn from their previous mistakes such as the ‘lazy’ sales of Manuel Locatelli and Matteo Pessina who are now established Italy internationals and could be functional in the current squad. Not only that, but the Gianluigi Donnarumma and Hakan Calhanoglu situations also generate regrets because two valuable assets were allowed to leave for free having wound their contracts down.

Regarding the future of the transfer market, Milan have already spent over €40m to sign Mike Maignan and Fikayo Tomori and they are ready to invest again for to give Pioli two attacking midfielders, a left-back, a centre-forward and a central midfielder.

There is a long time until August 31st and only then will we be able to judge the work of the management. Until then, it is right to give some confidence to those who brought Milan back to the Champions League.