MN: Milan’s probable XI for Bologna – Piatek still ahead of Leao, Kessie out

On Sunday evening, AC Milan will face Bologna away from home. After an important win against Parma, which was won in the dying minutes of the game, the Rossoneri will be looking to claim the three points once again.

In response to the very poor start to the season, Stefano Pioli’s men have certainly improved in the last few weeks. Against Parma, they were finally rewarded for all their hard work, although it wasn’t easy by any means.

Theo Hernandez came up big in the dying minutes of the game, further cementing his spot on the left. As reported by MilanNews.it, the defence and attack will remain untouched for Sunday’s clash, but there could be a change in the midfield.

Instead of Franck Kessie, Rade Krunic could start to the right, after doing well in training. Other than that, though, the starting eleven should remain the same, as Piatek is still ahead of Leao in the pecking order. 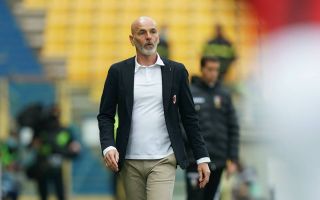