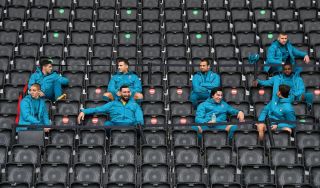 AC Milan boss Stefano Pioli is set to make five changes to the starting XI to face Udinese compared to the line-up that beat Roma.

Milan will be looking to plant themselves even more strongly inside the top four places when they host Udinese on Wednesday night. The Rossoneri got back to winning ways on Sunday night after two consecutive defeats in Serie A, emerging 2-1 victors over Roma at the Stadio Olimpico in what was a huge win for the team’s top four hopes.

According to the latest from MilanNews, a back four of Pierre Kalulu, Simon Kjaer, Alessio Romagnoli and Theo Hernandez will be in front of Gianluigi Donnarumma from right to left.

The big story therefore is that Tomori would sit on the bench again in place of the captain Romagnoli.