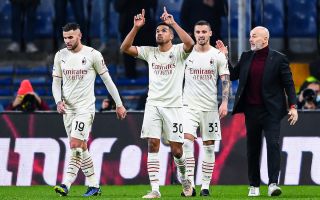 MN: ‘Man of the moment’ Messias will play a key role for Milan against Napoli

Junior Messias didn’t have the best of starts to his AC Milan adventure due to injury struggles, but he has certainly bounced back from that. Despite not having played a lot, he has found the back of the net three times.

The Brazilian scored the winner away at Atletico Madrid and then followed that up with a brace against Genoa. Indeed, as MilanNews highlight, he’s the ‘man of the moment’ along with Zlatan Ibrahimovic for Milan.

In 386 minutes, he has already scored two more goals than Alexis Saelemaekers, who has 1484 minutes under his belt. They may be slightly different players, but it still paints the picture of how well the Crotone loanee has done.

Given the absences of Rafael Leao and Ante Rebic, Messias’ chances of starting have increased and against Napoli, he could be important. He’s one of the best dribblers in the league, as MilanNews point out, and that could come in really handy.

Napoli left-back Mario Rui could miss out on the game and thus Messias could be faced with Kevin Malcuit. Regardless of the opponent, though, he’s clearly superior dribbling-wise and he could be a key on Sunday.