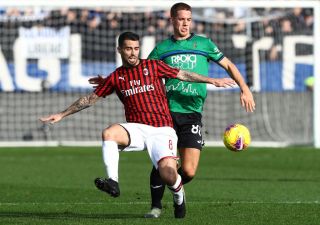 AC Milan are continuing to negotiate with Sevilla regarding the potential departure of Suso between now and the end of the window, a report claims.

We reported earlier on Sunday via our mercato expert Vito Angele that contacts with Sevilla have intensified for Suso in recent hours, with the Spaniard pushing for the transfer back to his home country.

For now, however, there is still no agreement on the transfer method as Milan are requesting a loan with obligation to buy.

We also reported that the Andalusian club have offered the redemption of Simon Kjaer, which would therefore lower the cost of Suso by about €2.5m, with more contacts expected today.

According to the latest from MilanNews.it, the 26-year-old is seemingly heading for the exit door as he is experiencing his worst moment at the club so far, both in terms of performances and relationship with supporters.

The report confirms that Milan would let him leave without opposition, but only if their €20-25m valuation is met. The Diavolo are working with Sevilla to find the right formula: the goal is to find an agreement by the middle of next week.