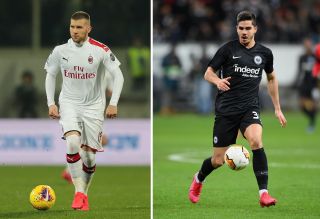 MN: New hypothesis emerges regarding Rebic-Silva deal which is good news for Fiorentina

There is a lot of confusion surrounding the deal between AC Milan and Eintracht Frankfurt regarding the Ante Rebic and Andre Silva deals.

In Pietro Mazzara’s latest piece for MilanNews, he discusses the complex negotiation that led Rebic to become a permanent Milan player and André Silva to go the other way.

The two clubs have chosen not to disclose the details of each deal, and while in Germany they believe Silva has cost Eintracht €9m, nobody seems to know how much Milan have paid for the Croatian.

Mazzara adds that there are two plausible scenarios, neither of which has been denied by the clubs. The first is that of a devaluation of Silva’s card at €9m with Rebic’s transfer fee less than €1m.

The second, which has gained strength in the past few hours, is linked to two details. The €9m that Eintracht will pay Milan would be the first of two instalments of equal value that would thus bring the value of André Silva to €18m, while that of Rebic would be a little lower which would allow the Germans to turn less money to Fiorentina who have a 50% resale clause.

This is why, after anxiety in Florence, it seems that ‘the barometer has readjusted itself’. It is difficult to think that Milan would damage their relationship with La Viola given they have held talks over Nikola Milenkovic, German Pezzella and Federico Chiesa.