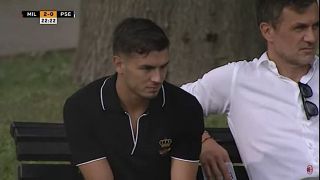 MN: Number of summer signings will soon rise to six with busy Sunday in store

AC Milan’s market continues to provide a flurry of activity as two more signings are set to be announced today, according to a report.

As MilanNews writes, there is a certain euphoria that has arrived with the signing of Olivier Giroud, a player who has almost won everything there is to win including the Premier League, Champions League and of course the World Cup with France. After obtaining trophies with Chelsea, he plans to repeat that with the Rossoneri shirt.

“We will fight for the Scudetto and to have a great Champions League”, he told the club’s official channel. “I want to win something with Milan.”

The Frenchman has signed a two-year deal with a third year option and is looking forward to playing with Ibrahimovic: “I have played against Ibrahimovic a few times: at 40 he is an exceptional professional.”

Meanwhile, the club are also set to welcome two other signings as both Brahim Diaz and Fodè Ballo-Tourè landed in Italy yesterday. Today they will sign officially with the Rossoneri and will be announced as the latest recruits in a summer transfer campaign that has already seen Maignan, Tomori, Tonali and Giroud arrive.

READ MORE: Brahim Diaz never had any doubts about Milan return – he must bear the pressure of the 10