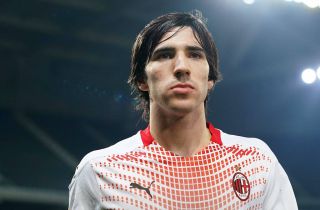 MN: Patience is the virtue of the strong – Tonali could be the perfect symbol of Milan’s project

AC Milan must have more patience with Sandro Tonali, a report claims, but the fruits of their investment will soon begin to arrive.

As MilanNews writes, there are often too many hasty judgments when it comes to young players, especially those who move to a bigger club and are expected to adapt in a very short period of time, when the best football projects in history teach us that time is as precious as gold.

Sandro Tonali arrived last summer from Brescia and it felt different to the purchase of Ismael Bennacer from Empoli that came a summer prior, from another team that had just been relegated to Serie B. Six months later, the Algerian class ’97 became the fulcrum and a pivotal part of Stefano Pioli’s squad.

Although he still does not convince many Milan fans, Tonali is showing that he is continuing his growth uninterruptedly, thanks to the continuity of game time he has had due to injuries and his tactical intelligence. It takes time, but his purchase is a smart move by a financially healthy club, which believes in a clear and precise idea of ​​football and which looks to the future. As they say, patience is the virtue of the strong and today’s Milan must be stronger than the hasty and failed projects of the recent past.