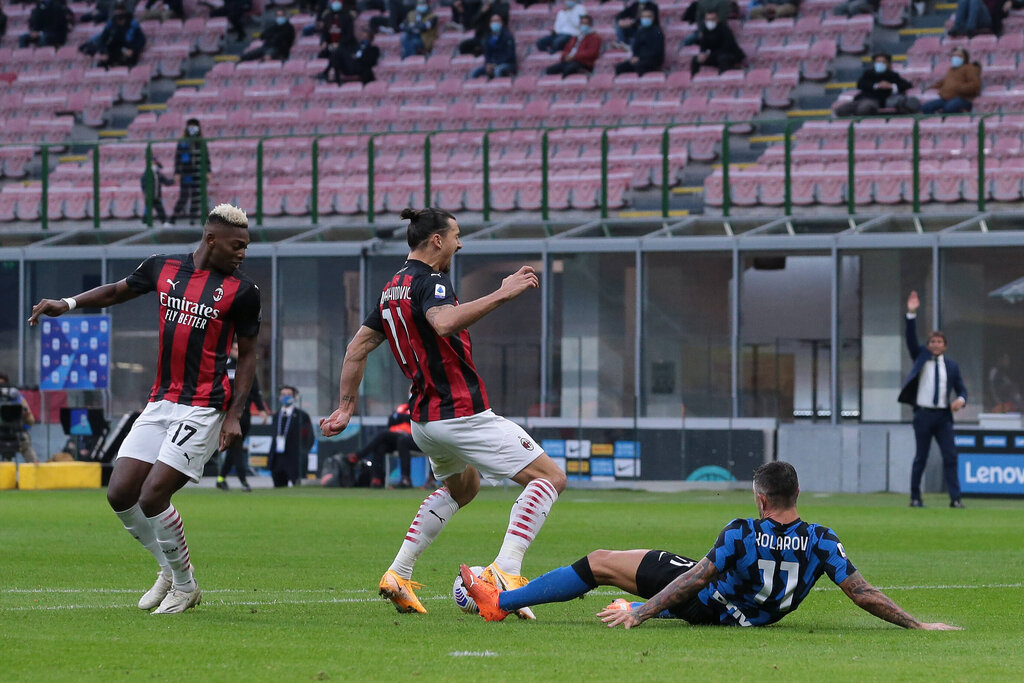 Zlatan Ibrahimovic never stops surprising. The images of the Swede in the dying minutes of the game, visibly tired after another attempt to press the Nerryazzur, is symbolic for what it means to have a winning mentality.

As highlighted by MilanNews.it, Ibrahimovic put in a devastating performance, not only because of the brace but also his importance throughout the game. He was dominant and won almost every duel.

Aleksandar Kolarov’s penalty foul was in many ways reminiscent of the one committed by Marco Materazzi in the derby of November 14, 2010, also on Ibrahimovic. The gif below really highlights the similarity.

🧐 We thought we'd seen this one before… pic.twitter.com/Zv3VsXksQ7

It’s the closing of a circle: Milan have returned to win a derby ‘away’ at the Nerazzurri after 10 years since the last time, dispelling the taboo that saw the Rossoneri win just once in the last 15 away derbies, with 11 defeats.

Since the arrival of the Swede, the Rossoneri have become a compact team and they know how to suffer to bring home a tough game. They learned from the Inter comeback last time out, not willing to lose a two-goal advantage yet again.

It’s premature to say that Milan have returned to the top, but there are some signs and the ‘lion’ is certainly hungry for more.