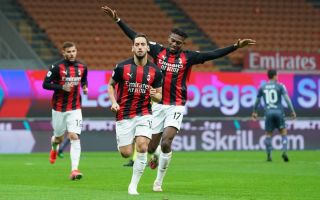 Milan secured three huge points last night in the Champions League race, beating Benevento by two goals to nil. It was surely a huge relief for Stefano Pioli, who has been under some pressure lately.

Although the win was the most important thing, as highlighted by MilanNews, the Rossoneri did waste too many chances. They could have scored at least two more goals with some composure, but at least they got two in the back of the net.

When it mattered the most, the loyalists of Stefano Pioli stepped up and delivered. The likes of Zlatan Ibrahimovic, Hakan Calhanoglu, Franck Kessie and Alexis Saelemaekers worked extremely hard throughout the game.

Then you have Alessio Romagnoli, who returned with a bang after recovering from his injury struggles. In short, a concentrated and determined Milan, who got the job done although the scoreboard could have been better.

READ MORE: Donnarumma in tears after heated confrontation with Milan ultras – the background