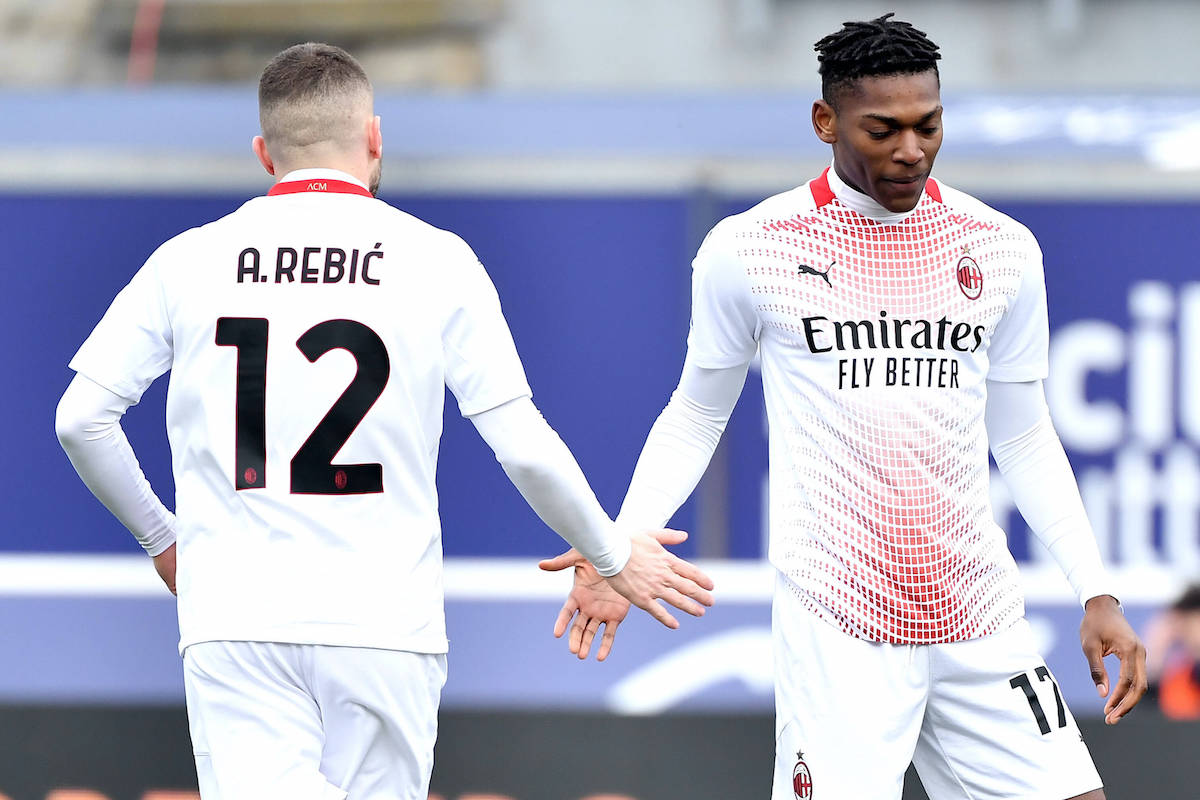 MN: Pioli considers moving Leao to the opposite wing in order to form ‘super attack’

AC Milan boss Stefano Pioli is considering adapting a player from the left wing to play on the opposite flank, according to a report.

It was La Gazzetta dello Sport who reported how Ante Rebic and Rafael Leao are in a battle for the left wing spot, but Stefano Pioli does not rule out that in some situations we could see a ‘super attack’, as the paper calls it, with the Rebic-Calhanoglu-Leao trio behind Ibrahimovic.

MilanNews write that Pioli – in addition to focusing on Saelemaekers and Castillejo – could try the idea of fielding Leao on the right side from the first minute for games where he wishes to use a ‘super attack’ (they use the same phrase as the paper).

The head coach is enjoying an abundance of attacking options and possibilities after very difficult months in terms of absences and rotations. Hakan Calhanoglu is back, Ismael Bennacer has recovered and Simon Kjaer is also ready to return.

The important thing now is that Milan find another gear in order to secure positive results against Inter, Roma and of course in the Europa League.