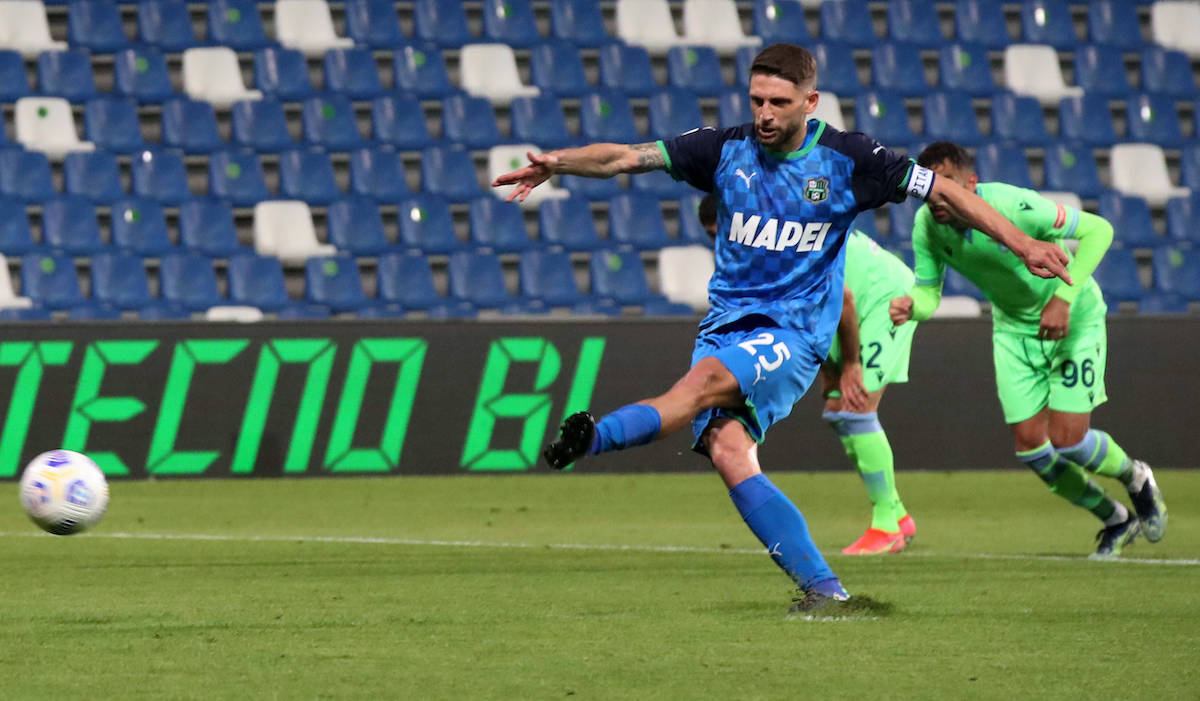 According to the latest from MilanNews, Samu Castillejo will be sold this summer so the Rossoneri management are looking for a player to compliment Alexis Saelemaekers but also replace the Spaniard. The target is a player capable of beating his man and scoring decisive goals, so Pioli’s favourite in this regard is Domenico Berardi, who scored 17 goals and racked up 8 assists last season for Sassuolo.

The asking price will be high as a result of his exploits but Milan in that role need a player capable of making a difference, as admitted by the coach himself after the victory against Atalanta. The management’s mission is to integrate the squad with new signings that will improve the quality of the team overall ahead of a return to the Champions League.

READ MORE: Milan leading the chase for €10m French winger – why they have an advantage