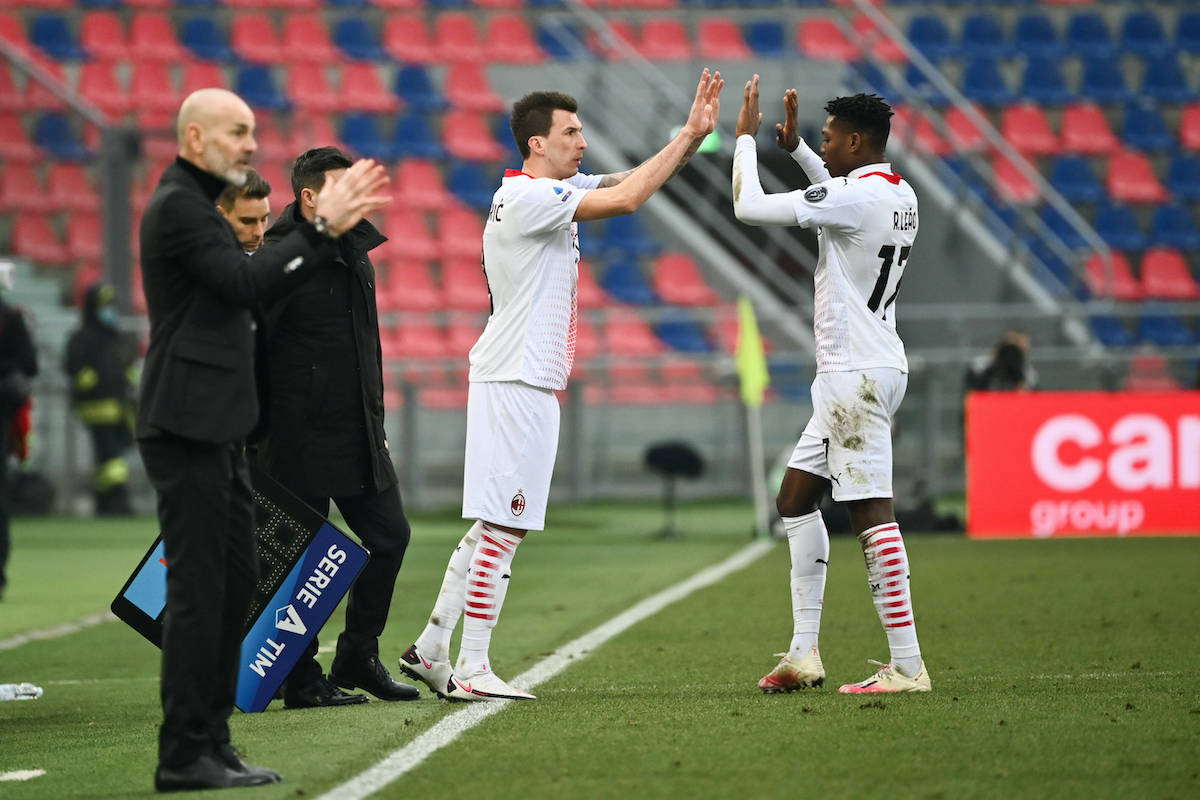 MN: Pioli with key selection dilemma to solve before Lazio game – a matter of strategy

AC Milan boss Stefano Pioli is considering two potential options to start up front in the game against Lazio, as he confirmed in his pre-match press conference.

As MilanNews writes, Zlatan Ibrahimovic will not be there against Lazio, but at the Olimpico there could be a chance for Leao or Mandzukic to make a mark. The former has played ten games as a centre-forward in Serie A, only six fewer than Zlatan Ibrahimovic, but in minutes Leao is Stefano Pioli’s most used forward this season.

While the former Lille star fared quite well in the last few months of 2020, peaking at the turn of the year, he has struggled in 2021 so far. Against Genoa he was ineffective and against Sassuolo he was too wasteful, raising doubts about whether he is a real alternative to Ibrahimovic or just an emergency option.

As pointed out by Pioli, there is a chance that Mandzukic could start from the first minute at the Olimpico. The Croatia international did not do much in the two sections against Genoa and Sassuolo, but influencing games late on and off the bench is not easy, especially given that he is not yet in rhythm. Leao could then make an impact off the bench.