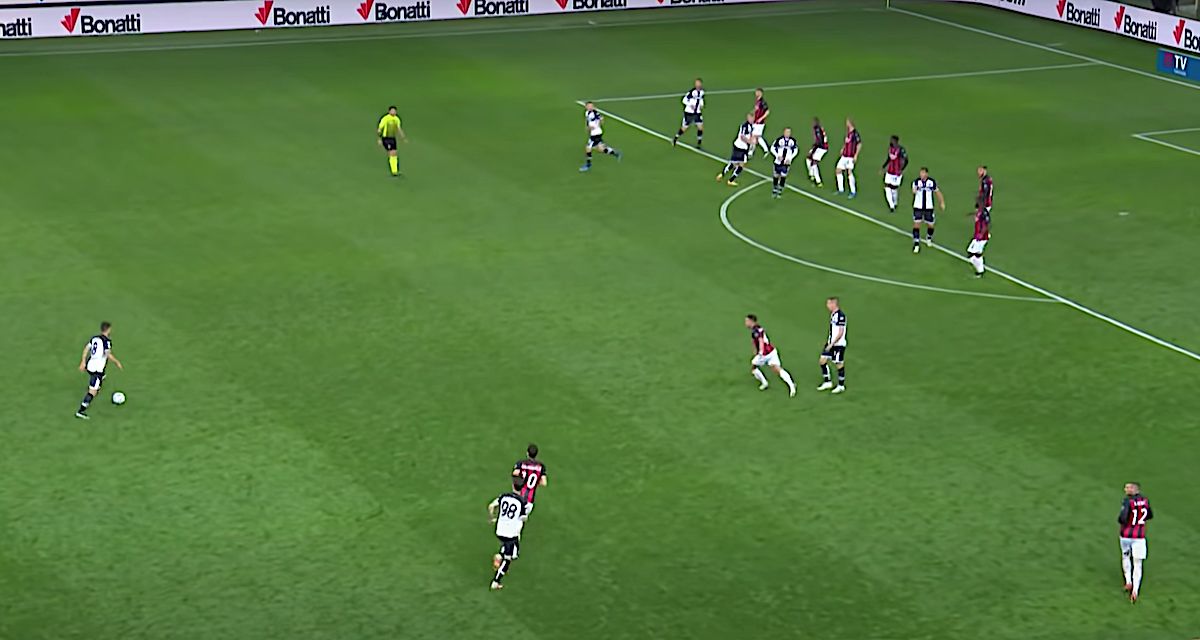 MN: Pioli’s makes bold decision to change formation against Parma – why it worked so well

AC Milan boss Stefano Pioli made a rather eye-opening decision in the closing stages of Saturday’s 3-1 win over Parma as he switched to a five-man defence.

As MilanNews writes, it was in the 78th minute that Pioli chose to put on Matteo Gabbia for Pierre Kalulu and Rade Krunic for Hakan Calhanoglu, after having replaced Ismael Bennacer with Soualiho Meite. It was without doubt a defensive move and it quickly became apparently that the formation had changed to a 5-3-1, sat very deep in their own half.

However, it ended up being an inspired choice as Milan not only held their lead but extended it through Rafael Leao’s goal in the dying seconds. After Gabbia entered the field, Milan gained height in their penalty area to challenge the Pellé-Cornelius duo. Parma’s goal came from Pelle’s knock-down to Gagliolo and Pioli adapted to make changes.

Parma remained quite direct in their approach but after Milan switched to a five-man defence and also put a man on Pelle (Kjaer usually) and Cornelius (Tomori), their opportunities became limited. Speaking with hindsight is always easy and smart, but Pioli deserves credit for his choices.